Babyshambles release new (but all too familiar) material

A couple of days ago, Babyshambles put a track from their upcoming album onto Youtube, 'Farmer's Daughter' from September's Sequel to the Prequel. This followed the unveiling of the new single, 'Nothing Comes to Nothing', their first single since 'You Talk' reached UK chart #54*, their lowest chart hit to date. This observation may seem superfluous, but the song's chart position was indicative of its low popularity within Babyshambles' fanbase: 2007's Shotter's Nation, produced by Stephen Street (who produced the slick indie of acts such as Blur, Kaiser Chiefs and The Ordinary Boys), disappointed original fans because of its cleanness - to a lot of people, it just sounded uninspired. I liked the second album, but 2004's Down in Albion has lingered in my affections for longer, not for its rawness of sound but for its rawness of emotion, its lyrical brashness and the way that the scanty production allowed the crack(s) to show through. Album Two was certainly lacking in something, though great tracks like 'There She Goes' and 'Carry on Up the Morning' made up for it.

The Youtube commentariat have already cast their vote on 'Nothing Comes to Nothing', and it looks like the disappointment surrounding Shotter's Nation might be up for a renewal. A commenter named Jordan Schmidt announced, "they really nailed that Generic-Indie-Rock﻿ sound", whilst Keith Lennox wrote "meh, it's okay,﻿ nothing more than that". A more moderate commentator suggested that "the middle of the road is nothing to shy away from". Most fans were crueller. "The old, classic and messy﻿ Babyshambles sold out", Jack Davies claims, and one typical voice asked "Where are the bum notes and the passion of the off key vocals..." A lot of those claiming to like the song sound like apologists, one summarising: "fuck man doherty has to make a﻿ living somehow". Quite.

Apologism in the music industry is hard to avoid. People get deeply emotionally involved with their favourite bands, and it's hard to let go and admit that the band you've invested in have made a bad album. Some adjust themselves rather than losing the bands - Youtube user BreckRoadLover21, who is clearly familiar enough with The Libertines to name him/herself after one of their earliest records, probably identifies with the band enough to take to their new, cleaner sound. Those who think that the middle of the road is better than the 'Side of the Road' are probably later fans, or fans who've grown out of their old punk spirit, and they're the type of listener that the Angry Young Men of 2004's audience almost certainly reject - would the old Doherty, the one who yelled "THEY'LL NEVER PLAY THIS ON THE RADIO" over 'Fuck Forever', have expected to attract fans who hum 'Delivery' while doing the dishes?

'Farmer's Daughter' was perhaps a relief to more hard-line fans. Featuring Peter's stilted guitar playing - still slightly jarring to the unexpectant listener - the song is more like 'Carry on Up the Morning' than 'You Talk', but it's far from '8 Dead Boys' or 'La Belle et Le Bête'. Where are the reggae beats that hung behind 'Pentonville', or the disjointed guitars and uncoordinated vocals of 'Pipedown'? Some people are seeing this as Babyshambles' early decline. So many rock bands grow up and out of fame - rock 'n' roll was always a cult of youth, and stars like Mick Jagger and Iggy Pop, as well as clearly being exceptions to the rule, seem farcical next to the young bands. Whether it's fair or not is another question, but old rock musicians have to pass through the 'mocking' stage before they reach the Hall of Fame. Most never get there.

I don't know - sometimes I think that even I'm an apologist of sorts. I loved The Libertines, and Babyshambles, and Dirty Pretty Things (Hell! Even Yeti!) but recently, neither Carl Barât nor Pete Doherty seem to have been writing quality songs, and I'm losing faith in Pete as a lyricist in recent years. Perhaps the missing link in the last two Babyshambles album has been a driving, idiosyncratic guitarist - Mik Whitnall is a strong player, but his style belongs more in Oasis than a lo-fi once-punk band.

As a fan, I'm going to give Sequel to the Prequel a try when it comes out in September. The Youtube commenter who suggested "singles are meant to be commercial" might have put his finger on the problem with 'Nothing Comes to Nothing' - as a piece of songwriting, it's kind of generic, but I thought that about 'Killamangiro'; maybe it's too soon to judge the album. Then again, I think a lot of fans are expecting Sequel to the Prequel to be a little bit like the Damien Hirst artwork which adorns its cover - suddenly accepted into the establishment, the canon, and less interesting for it. 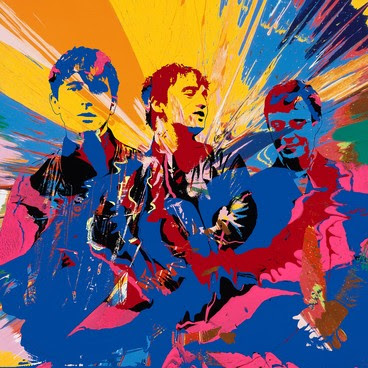 *'Side of the Road', released for Record Store Day 2010, didn't chart at all, but it was only released as a limited edition 7" vinyl.

Posted by ItMustBeKate at 13:15 No comments:

Labels: babyshambles, farmer's daughter, news, nothing comes to nothing, opinion, peter doherty, sequel to the prequel

It's six years since Kate Nash released Made of Bricks, an album which inspired many critics to ask, "Is Kate Nash copying Lily Allen or is Lily Allen copying Kate Nash!?!?" It mattered as little then as it does now, but at least people have stopped asking - and Kate Nash isn't making the girly piano-pop that first provoked the comparison. This year, she released Girl Talk, a punkier, self-consciously wilder album than either of her others. From my perspective as a vague follower of her now defunct relationship with Crib Ryan Jarman, it sounds very much like a break-up album. She's done away with the pretty melodies and piano jingles and replaced them with Riot Grrrl bass and Kim Gordon-esque moaning - much more likely to divide opinion than anything on her first release.

When Nash released her second album, I was unimpressed. It was more Made of Bricks, only not as good. Listen to the first album's 'Shit Song', 'Dickhead', even the leading single 'Foundations', and you're faced with a barrage of beautifully targeted venom - though Made of Bricks was twee, it was also nicely bitter, and a breath of fresh air in amongst all 2007's sweet-as-pie female singer-songwriters who wouldn't swear for toffee. By contrast, 2010's My Best Friend is You was as subjectless as its title: she was happy, but her artistic bent seems to rely on a bit of anger. This year's album is definitely a testament to that.

Not only is Nash going round the world shouting the word 'feminist' from the rooftops (and no matter how problematic you think her feminism might be, the very use of the word in popular discourse gives it fresh power), she's also making really great music. I didn't expect to be won back over to Kate Nash, but Girl Talk has probably done it. It's angry, and 'feminist', and so bitter. The video above, I think, targets the album's two main bugbears: sexism and The Ex.

If I wanna talk, I’ll call,

but in the mean time thanks for all

the public displays of affection.

I know you’re tryna to get my attention.

While I stay classy, you stain jeans.

You’re coming over all my friends.

These aren't poésie, but who wants poésie in punk anyway (Doherty aside)? If she were talking about Jarman, and I'm just hypothesising here like a trashy cheap-talk magazine, then it would make sense - after all, Exclamation Pony, Jarman's new band (cofronted by Jen Turner, Nash's close friend), have been known to end raucous sets with onstage snogging, and Jarman does stain a lot of jeans. 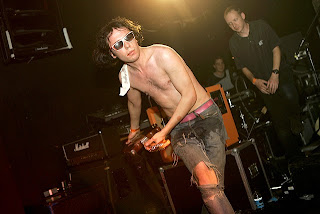 Escaping the realm of gossip though, I think it's a brilliantly put-together song. It builds up gradually, developing its melodies and harmonies, and the production is first-rate: the guitar sound and dual vocal effect make it a real divergence from earlier albums.

Though Nash's move into the punk sound shouldn't distract us from bands who've done feminism much more violently and more punkily, bands like Bikini Kill, Hole, The Slits and Russia's Pussy Riot, I consider it a step in the right direction, both musically and lyrically. I'm sure there have been some critics (and will be more) who condemn Nash for trying to find a niche, trying to 'play' at being a rock star, to overstep the bounds of her formerly twee, sweet sound, but I'm going to ignore those critics. Judging from this excerpt from an interview, that's just what she's doing:

Interviewer: When you released some of your new work you got quite a strong reaction; is it hard not to take it personally when people are critical?

Kate Nash: Well I found it quite enjoyable actually this time round, it created such a stir when I released 'Underestimate the Girl', that was sort of the point - everyone plays it so safe and no-one wants to mess with the rules, and all the reactions kind of proved me right. So that was exciting to watch and just as an experiment - seeing how people react negatively when somebody does something different. I think its good to make people feel uncomfortable sometimes.

If it makes music like Girl Talk, it certainly is.

Posted by ItMustBeKate at 19:37 No comments: