Reporting Back on Carl, Belle and Sebastian and Radiohead

When The 405 originally posted news of Carl Barât's new album and tour dates, following the tumbleweed came the comment, "Who's he?" 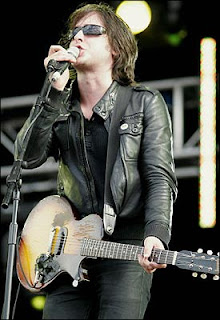 Carl Barât was the co-frontman of the influential but sadly disbanded rock band The Libertines. After two chaotically recorded albums and a Hell of a lot of druggery, he went on to front Dirty Pretty Things, whose demise was signalled by arguments and a weak second release well before they ultimately split in late 2008. Recently announced a father-to-be of London singer Edie Langley's baby, Carl Barât released a self-titled album this October.

I have to say, Carl is at his best when playing fast, Django Reinhardt-influenced riffs and snarling into the mic like the Angry Young Man he used to be. This album showcases his softer, piano-lead side. Where Pete Doherty, his recognised other half, succeeded with his gentle poetic lyrics and endearingly idiosyncratic inability to sing, Carl appears lacklustre when he's not attacking a fretboard. The whole album is a little hard to get into, and the lyrics try for archaic and often don't quite hit the mark. Plus, the cover image is the biggest testament to narcissism since... well, The Libertines' 'Narcissist'. 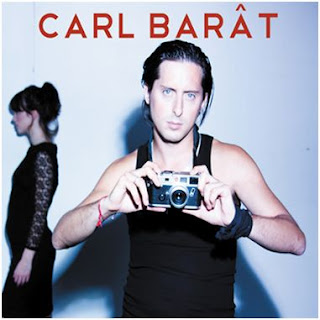 It's not bad though, considering a few years ago, Carl hated going onstage alone. It showcases competent songwriting and some enticing listens, like my favourite 'The Fall' (even if it does contain the lines "upon a sticky nightclub floor, a wilted rose I found, I snatched her from the clutches of an evil-smelling boar"). I don't think I was expecting particular greatness despite being a Carl fan, but I reckon Carl Barât's debut needs a Pete, John or Gary, a Didz or an Anthony, just to take that songwriting and bring it to life. 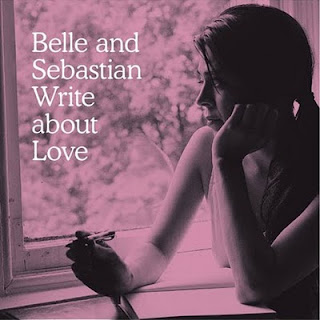 Belle and Sebastian, songsmiths of the twee pop age, have brought out an album recently too. Write About Love doesn't try for anything pretentious, it's that beautifully melodic, glistening pop that it was predicted to be. Strong like 2006's The Life Pursuit, perfectly produced and intensely listenable, I fell in love with Write About Love on first listen. It has a few more dips in quality than their last album, perhaps, but is just as musically adept: they have really developed their style this last few albums, and it's only got more lovable.

My final comment is probably the most filled with passion. In Rainbows. Yes, I'm incredibly late, don't blame me, I've been busy. Gorgeous chords, ingenious melodies flowing over and under atmospheric vocals, edgy drums, compelling lyrics... Radiohead may have made the news for their innovations in methods of release, but they've also made a brilliant album. There is a reason they're one of the most 'listened to' bands on the planet. Below is an incredibly cool video for 'Bodysnatchers' by Glann Marshall.

Posted by ItMustBeKate at 10:56 No comments:

French Music, and Being a Reviewer

Currently, I have an article up on The 405 which I'm quite proud of:

France - Them and Us in Music

While I recommend heavily that you go and check it out if you like foreign language music, or just to learn a little bit about another culture, it serves to make another point. My responses so far have included:

This is an awesome primer.

Thanks to the commenters for those little rewards, because I have to say, if anyone chooses to comment usually, it's to bash me and my opinions. Now, I've had a couple of fair criticisms in my time, where people haven't agreed with my comparisons to other bands or something. Those I can take, because certain areas of pop and folk aren't my forte, and although I do think I write decent reviews, sometimes they're not the most informed.

However, other times I get "F*x!ing b*%£! this review is s$*t, this is the best f%^!ing band to exist ever, you d*£&head." Now, the last of these examples was for a band called Thread Pulls, who, for all the swearwords in the world, are just a bit shit. It thinks itself all very arty with weird titles and strange echoey synths, but the singer can't sing, the lyrics are crap and there really isn't any reason I'd ever listen to it sober.

That is, as I'd admit, only my opinion. Whatever the fans are hearing between the lines that keeps Thread Pulls in bread and water is beyond me, but I'll admit that I could be missing some point or other. Maybe.

But eh, I'm not underqualified just because I don't like it. If everyone 'qualified' likes it, why isn't there hype for this band? I think it's because they're not all that great. They grate at best. Anyway, music is one of the most difficult of the arts to judge on quality alone: personal preferences always make for subjective reviewing.

So for all the haters out there: remember reviews are just reviews. Everyone knows it's mostly opinion, and unless the reviewer has made some unjust factual claims or slandered the band, swearing at the reviewer will only make you (and by extension, all fans of the band) look pathetic. Going by some daft pseudonym only reinforces this image of you.
Posted by ItMustBeKate at 07:19 No comments: